Prog rock. A genre that has so many unappealing stigmas associated with it, often times I wonder if it’s even possible to escape them. Somehow, the younger generations think that prog rock is something to be scoffed at, and to be discounted as “old” or “tacky.” At the time, the genre was trying to accomplish a new level of musical credibility, of artistic credibility in music. Commercially, this completely backfired, and was often seen as pretentious. Yet to some, it was an idea that was embraced with open arms.

Oh there were some commercial successes, of course. For instance, Yes. I once had someone describe Yes’ “Fragile” as a guilty pleasure. Why? Is it too cheesy because of the synths, keyboard solos, pseudo-classical flair or theatric presentation? I take issue with the idea of guilty pleasure albums or artists in general, but this one really got to me. It’s a good album. Obviously if you’re listening to it, enough so to label it as a guilty pleasure, you enjoy it. So if you enjoy the album, the “guilty pleasure” label it receives must be because of what people would think of you if they knew you listened to it. And back we go to the stigmas of prog rock. The fact that you can’t publicly enjoy the genre is maddening, and illogical. It’s music. People love and hate all sorts of music.

Listening to prog forces you to expand your musical horizons. This isn’t simple three chord punk, or straightforward rock. You have 12 minute epics. Songs which often times are split into fucking movements. The complexity in some of these is unthinkable, but unfortunately complexity is often the enemy of contemporary music. It goes against the grain. People like to understand what they are listening to, and prog rock rips even a semblance of understanding away. 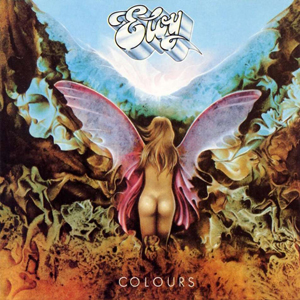 Yet somehow, artists like Radiohead, or even The Flaming Lips are being hailed/have been hailed for their musical complexity. For going against the grain. For doing what prog rock artists were doing 40 odd years ago. Somehow, I figure if leading prog artists such as Gentle Giant or even Yes released albums like their 70s epics today, they would be hailed up and down by key media outlets.

Despite all of this, I’m always disappointed at the lack of appreciation the genre receives from the younger generations. Give it a fucking chance! None of the stigmas of the prog rock listener are exclusively true (but I’m sure you realized that), so I implore you to give the genre a deeper look, because there is so much more to prog rock than Yes, Jethro Tull, Rush and the like. In fact, I’ll even start you on your quest into the bowels of prog rock with the three albums in this post. 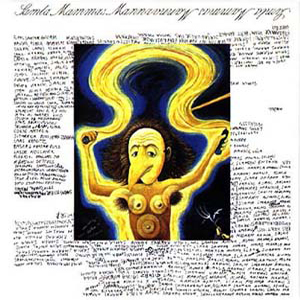 Writings from the old days.